New Jersey’s Appellate Division recently ruled that the New Jersey Law Against Discrimination (“LAD”) protects employees who are harassed because of the race of their spouses, fiancés, or children. 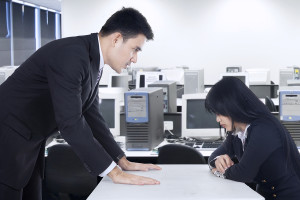 Shi-Juan Lin, who is Chinese, worked for Dane Construction Company. Ms. Lin’s is engaged to a man who is black and of Jamaican descent. The couple has a son who is of Jamaican and Chinese descent.

According to Ms. Lin, Dane subjected her to a hostile work environment because of her race, which eventually forced her to resign (a “constructive discharge”). Specifically, she heard the company’s owner and Chief Executive Officer, Pat Buckley, referred to numerous individuals by using the “N-word.”

Ms. Lin objected to Mr. Buckley’s racial epithets. For example, when he called someone a “f-cking Jamaican n–ger,” Ms. Lin reminded him that her fiancé and son are both Jamaican. Mr. Buckley simply responded that he was not referring to her son or her fiancé. Ms. Lin asked Mr. Buckley not to use that term in front of her because it is “really hurtful” since her son is Jamaican, but he continued to use it. Likewise, when Ms. Lin complained to her immediate supervisor about Mr. Buckley’s racist language, he told her that is just how Mr. Buckley is. Ultimately, Ms. Lin resigned, telling Mr. Buckley she could not continue to work for the company because of his continued use of the N-word.

Ms. Lin filed a claim with the New Jersey Division on Civil Rights (“DCR”). She eventually had a hearing with an Administrative Law Judge (“ALJ”). The ALJ considered the evidence from the perspective of a reasonable person of Chinese descent and concluded it was insufficient to support a harassment or constructive discharge claim. Accordingly, he dismissed her case.

However, the Director of the DCR disagreed. He recognized that Ms. Lin is a member of a “black family” and concluded that Mr. Buckley’s behavior created established a hostile work environment and forced Ms. Lin to resign. The Director ordered Dane and Mr. Buckley to pay Ms. Lin $25,000 in emotional distress damages, over $31,000 in attorney’s fees, and a $5,000 penalty to the State.

Ultimately, the court upheld the DCR’s ruling. It found sufficient evidence to support Ms. Lin’s allegations that Mr. Buckley used racial epithets. It also found Mr. Buckley had harassed Ms. Lin because he continued to use the N-word after she made it clear his comments were particularly upsetting to her because her son is Jamaican.

The Appellate Division noted that the N-word is a term that is so hateful that even a single use of it can create a hostile work environment, especially when it is used by a supervisor. It also indicated that harassment directed toward someone else is generally less hurtful than harassment directed at the employee herself. However, it found this was not fatal to Ms. Lin’s case since Mr. Buckley continued to use the N-word after Ms. Lin told him why she was particularly offended by his racist language, and since he took no actions in response to Ms. Lin’s complaints about his offensive language even though he is is the owner and CEO of the company.

Further, the court explained that providing a constructive discharge requires an employee to show conduct that is “so intolerable that a reasonable person would be forced to resign rather than continue to endure it.” Although this is a very high standard, the court ruled that Mr. Buckley’s behavior was sufficient egregious to support the DCR’s finding that Ms. Lin had been constructively discharged. Accordingly, it affirmed the DCR’s ruling.