New Jersey’s Appellate Division recently ruled that employers can enforce agreements that shorten the statute of limitations for employees to bring claims against them. 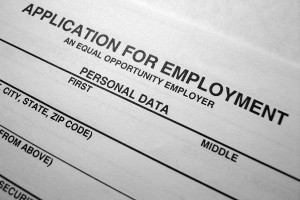 Sergio Rodriguez applied for a job as a helper at Raymour & Flanigan in August 2007. Mr. Rodriguez was born in Argentina and speaks limited English. He filled out a job application, which was in English, with help from a friend. The application included a provision that if Mr. Rodriguez was hired he would have only six months to file a lawsuit after any employment-related claim arose. It also expressly waived any statute of limitations to the contrary, and his right to a jury trial. Mr. Rodriguez signed and submitted the employment application. Raymour & Flanigan hired him the following month.

In 2010 Mr. Rodriguez injured his knee at work. He took a medical leave, had surgery and returned to work on light-duty in September 2010. By September 28, 2010 he was working without restrictions.

Three days later, Raymour & Flanigan announced a reduction in force, and terminated Mr. Rodriguez , along with 101 other employees. Nine months later, Mr. Rodriguez filed a lawsuit claiming Raymour & Flanigan fired him because he had a disability, in violation of the New Jersey Law Against Discrimination (“LAD”), and because he filed a workers’ compensation claim, in violation of the New Jersey Workers’ Compensation Act. Normally, each of those claims has a two-year statute of limitations.

Mr. Rodriguez argued the provision shortening the statute of limitations was unconscionable and unenforceable. The Court found Mr. Rodriguez’s job application was a “contract of adhesion,” meaning it was something he could not have been expected to try to negotiate or change. But it found the employment contract was not so over-reaching or unfair that no reasonable person who understood it would have voluntarily agreed to it. It relied on factors including that (1) the relevant language was in bold print and capital letters in a two-page contract, not buried in fine print in a lengthy document; (2) the provision was relatively clearly and simple; and (3) Mr. Rodriguez was able to take the agreement home and read it at his leisure rather than being pressured to sign it on the spot.

The court explained that an agreement to shorten a statute of limitations is enforceable as long as the agreed-upon deadline is reasonable and does not violate public policy. It found both of those conditions were met here, particularly since employees who want to bring LAD claim through the New Jersey Division on Civil Rights (DCR) have to do so within a similar 180-day deadline.

The opinion in Rodriguez v. Raymours Furniture Co., Inc. is published, meaning it is a binding legal precedent. Unless and until it is overturned, more employers are likely to require their employees to agree to similar limits to the statute of limitations. As a result, more employees are likely to inadvertently forfeit their right to sue for discrimination or retaliation because they did not know or remember what they signed. This could force employment lawyers to file lawsuit rather than attempt to negotiate first, out of fear their clients might have agreed to a shorter deadline to assert their legal claims.
There are many important lessons of the Rodriguez case. For example, going forward it is even more important that you: