The New Jersey Law Against Discrimination requires employers to provide reasonable accommodations to allow employees to observe their sincerely held religious practices and observances, unless the company cannot accommodate the employee without causing an undue hardship to its business. Last month, New Jersey’s Appellate Division reversed a trial court’s decision which had dismissed a religious discrimination lawsuit in which the employee, Gabriel Sepulveda, claimed his employer failed to reasonably accommodate his belief that Sunday should be a day of rest. 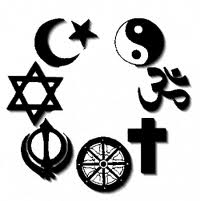 Mr. Sepulveda is a born-again Christian. When Borne Holding Co. suddenly required its employees to work on Sundays, Mr. Sepulveda refused to do so because working on Sunday conflicts with his religious beliefs. Borne fired him as a result. It did so without ever engaging in the required “interactive process,” meaning no one at the company spoke to Mr. Sepulveda to determine whether there was another way to accommodate his religious belief, such as by having him work overtime on weekdays or Saturdays instead of Sundays.

Prior to the appeal, the trial court dismissed Mr. Sepulveda’s case because it found his religious belief was not “sincerely held.” It relied on the fact that after Borne fired him, Mr. Sepulveda worked at two other companies where he worked on Sunday evenings. However, Mr. Sepulveda explained that since his Sabbath ended at sundown, those jobs did not conflict with his religious beliefs. He also claimed that he had to accept those jobs because he was desperate to find work.

To discuss your potential religious discrimination claim or another employment law issue, please contact us for a consultation.