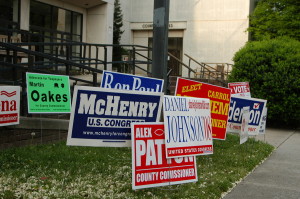 Earlier this week, the United States Supreme Court ruled that the First Amendment prohibits the government from demoting an employee because it incorrectly believed the employee had engaged in Constitutionally-protected political speech.

The case involves Jeffrey Heffernan, a police officer who worked for the City of Paterson, New Jersey.  In 2005, Lawrence Spagnola was running for mayor against incumbent Mayor Jose Torres.  Mayor Torres had appointed the Patterson Police Chief, James Wittig, tore his position.

Mr. Heffernan filed a lawsuit against Paterson, Mayor Torres, Chief Wittig and Paterson’s Police Director, Michael Walker.  He alleges the defendants demoted him based on their mistaken belief that he had engaged in political speech, in violation of a civil rights statute, 42 U.S.C. § 1983.

The United States District of Court for the District of New Jersey dismissed Mr. Heffernan’s case on the basis that he had not actually engaged in any Constitutionally-protected conduct.  On appeal, the Third Circuit Court of Appeals affirmed that dismissal.

In Heffernan, the Court ruled that the First Amendment prohibits employers from retaliating against an employee because it wants to stop him from engaging in First Amendment-protected political activity “even if, as here, the employer makes a factual mistake about the employee’s behavior.”

The Court explained that if it had ruled to the contrary, the result would discourage Mr. Heffernan’s peers from engaging in actual First Amendment-protected activities, out of fear of retaliation.  As the Court put it, that would have told “others that they engage in protected activity at their peril.”

Finally, the Court noted that the defendants claim they fired Mr. Heffernan based on a policy which prohibits Paterson police officers from involvement in any political campaign.  It indicated that such a neutral policy could be lawful.  Accordingly, it remanded the case to the Third Circuit to determine whether Paterson actually has such a policy, whether Paterson actually followed such a policy when it fired Mr. Heffernan and whether that policy complies with the First Amendment.