Robert Smith worked for the Millville Rescue Squad for 17 years, most recently as its Director of Operations.  Mr. Smith’s wife, Mary Smith, also worked for the Squad.  In 2005, Mr. Smith had an affair with one of his subordinates.  When Mrs. Smith learned about her husband’s affair, she reported it to his immediate supervisor, John Redden. 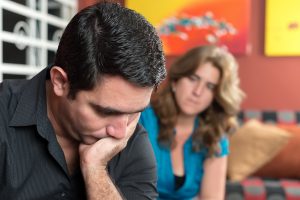 Mr. Smith filed a lawsuit in which he claimed Mr. Redden and the Squad fired him because of his gender and marital status, in violation of the LAD.  The trial court dismissed his claims.  Among other reasons, it found there was no evidence they fired Mr. Smith because he was single, married, separated or divorced, but rather because management was concerned his divorce was likely to become messy.

Mr. Smith appealed.  As I discussed in a previous article, Discrimination Because of Pending Divorce Violates New Jersey Law, the Appellate Division reversed the trial court’s ruling.  Among other things, it interpreted “marital status,” a term that is not defined in the LAD, to include being divorced, engaged, widowed, separated, or involved in divorce proceedings.

On June 23, 2016, in Smith v. Millville Rescue Squad, the New Jersey Supreme Court affirmed the Appellate Division’s broad interpretation of the term “marital status.”  In the process, it noted that LAD permits employers to discipline or fire employees if their “personal life decisions, such as a marital separation or divorce, have disrupted the workplace or hindered the ability of the employee or others to do their job.”  It also made it clear that the law prohibits employers from acting based on stereotypes, such as by assuming “an employee will be disruptive or ineffective simply because of life decisions such as a marriage or divorce.”

The Court further made it clear that it does not intend to prohibit employers from enforcing anti-nepotism policies.  However, they must enforce those policies equally irrespective of an employee’s marital status.

The Court ultimately concluded that Mr. Smith had presented “direct evidence” of marital status discrimination, namely Mr. Redden’s admission he would not have spoken to the Board of directors if he believed it was possible Mr. Smith might reconcile with his wife, and his statements that he expected it to be an “ugly divorce.”  The Court found these statements revealed Mr. Redden’s “reliance on stereotypes about the manner in which divorcing employees conduct themselves in the workplace.”