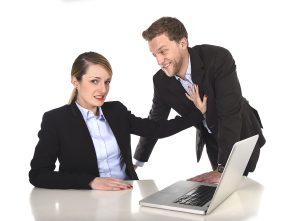 The New Jersey Supreme recently ruled that evidence showing an employer told a key witness to provide false information during a company’s internal sexual harassment investigation can be relevant at the trial.

Tonique Griffin, Virginia Best and Rosalyn Walker, three female employees of the City of East Orange, claim their supervisor, Obed Prinvil, created a sexually hostile work environment for them.  Specifically, Ms. Griffin and Ms. Best claim Mr. Prinvil kissed them, and Ms. Walker alleges he repeatedly told her he was attracted to her, loved her and wanted to be “more than just friends,” and once tried to kiss her.

After the three women reported Mr. Prinvil’s harassment, the City hired an employment lawyer, Dina Mastellone, to investigate.  After Ms. Mastellone had finished interviewing witnesses, the City suggested she should interview one of the Mayor’s aides, Corletta Hicks.  Ms. Hicks then made negative statements to Ms. Mastellone about all three women, including that Ms. Griffin and Ms. Best “have always been a mess,” that Ms. Griffin “preys on older married men,” that she suspected Ms. Griffin had a “personal relationship” with Mr. Prinvil, and that Ms. Griffin had serious financial problems.  In contrast, Ms. Hicks described Mr. Prinvil as a “phenomenal director” who always acted professionally in the workplace.

Relying on the information she obtained during her investigation, including from Ms. Hicks, Ms. Mastellone concluded that Mr. Prinvil had not sexually harassed any of the women.

The women filed lawsuits claiming they had experienced sexual harassment and retaliation in violation of the New Jersey Law Against Discrimination (“LAD”).  During her deposition, Ms. Hicks admitted that before Ms. Mastellone interviewed her, the Mayor told her to make negative comments about Ms. Griffin and positive statements about Mr. Prinvil.  For example, Ms. Hicks testified that with respect to Ms. Griffin, the Mayor told her to “[d]iminish the b-tch’s character.  You know what to do.  You know how the game is played.  I want the b-tch out of here.  And make sure I’m not involved in it.”

At trial, the City relied heavily on Ms. Mastellone’s testimony, including the fact that she relied on Ms. Hicks’ statements to her.  Nonetheless, the trial judge prohibited Ms. Hicks from testifying about the Mayor telling her to speak negatively about Ms. Hicks and positively about Mr. Prinvil.

The three women lost the trial.  They appealed, but the New Jersey Appellate Division affirmed the lower court’s ruling.

However, in Griffin v. City of E. Orange the New Jersey Supreme Court overturned the Appellate Division’s decision and instead ruled that it was improper to bar Ms. Hicks’s testimony.  The Supreme Court recognized that the extent to which the City was committed to eradicate sexual harassment from the workplace and had taken concrete steps to support that commitment were “pivotal issues” in the case.  It explained that these facts are relevant both to whether the City was negligent in permitting the harassment to take place and to the employer’s defense that it supposedly had effective anti-harassment policies and procedures.

The Court also rejected the City’s arguments that the testimony had been properly excluded because it was inadmissible hearsay, finding it was admissible as an admission on behalf of the City.  Likewise, the Court refuted the argument that this testimony would be unfairly prejudicial to the defendants.  Instead, it concluded that the trial court should have allowed Ms. Hicks to testify, and remanded the case for a new trial.