A recent published decision from the New Jersey’s Appellate Division recognizes that an employee can be entitled to receive unemployment insurance benefits if she resigns from a job to accept a new job but her new employer rescinds her job offer before she begins the new position.

Generally, New Jersey’s Unemployment Insurance law does not apply to an individual who voluntarily quits her job unless she can prove she resigned with “good cause attributable to the work.”  Until recently, this disqualification applied whenever an employee quit a job to accept a new job somewhere else, even if the employee lost her new job through no fault of her own.

Two years ago, the law was amended to make it clear that this disqualification does not apply under limited circumstances in which an employee quits one job to start another job, only to lose the second job through no fault of her own.  Specifically, effective May 4, 2015, the New Jersey’s unemployment insurance law was amended to add an exemption for someone who “voluntarily leaves work with one employer to accept from another employer employment which commences not more than seven days after the individual leaves employment with the first employer.”  That exemption applies only if the new job is for at least as many hours per week, and at least the rate of same pay, as the previous job. 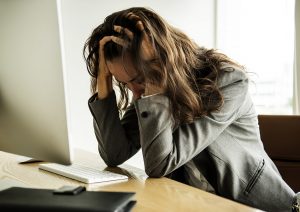 However, the day after she resigned from Learning Edge, Kids Choice withdrew its job offer.  As a result, Ms. McClain never began her new job.  She applied for unemployment insurance benefits, but was denied on the basis that the amended law applies only to employees who accept a job “which commences not more than seven days after the individual leaves employment with the first employer.”  The New Jersey Department of Labor’s Board of Review concluded that this requires the employee to actually begin her new job within seven days after she stops working for her previous employer, which Ms. McClain did not do.

Ms. McClain appealed.  On August 29, 2017, New Jersey’s Appellate Division reversed the Board of Review’s ruling.  In McClain v. Board of Review, the Court ruled that the amended statute does not require an employee to actually start her new job for the exemption to apply.  The Court explained that the plain language of the amendment only requires the employee to “accept” a job that begins within seven days after her resignation, rather than to “begin” the new job within seven days.

The Appellate Division further indicated that its interpretation of the statute is consistent with the purpose of the unemployment law of providing income to a worker who is out of work “through no fault or act of his own,” and a requirement to interpret the unemployment law “liberally in favor of allowance of benefits.”