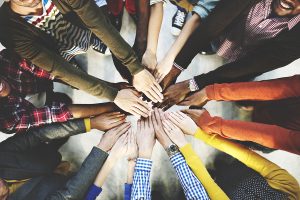 While the Guidance is not legally binding, it explains the position of the Commissioner of the EEOC.  Below is a brief overview of some of the most noteworthy topics it addresses:

Discrimination Based on Language

For example, in a lawsuit in which an employee claims an employer made an employment decision because of an his or her accent, the court should require the employer to demonstrate both that: (1) effectively speaking English is necessary to perform the job; and (2) the individual’s accent significantly interferes with his or her ability to communicate in English.

Similarly, employers can require employees to be fluent in either English or another language, but only to the extent that fluency really is necessary for the employee to effectively perform his or her specific job.

Generally, the EEOC considers it unlawful to prohibit employees from speaking languages other than English in the workplace.  However, employers can limit the language employees speak under certain circumstances to the extent necessary to promote workplace safety or efficiency.  If an employer has such a rule, it cannot selectively enforce it regarding one (or some) but not all languages spoken in the workplace.  In addition, the EEOC considers any workplace language policy to be discriminatory unless the employer notifies employees about it in advance.

Protection for Employees Working Outside the United States

The Guidance also discusses a number of actions employers can take to minimize the risk of committing national origin discrimination in the workplace.  The EEOC calls these “promising practices.”  For example, it encourages employers to consistently use written objective criteria for evaluating job performance and making termination and other disciplinary decisions.  It also urges employers to establish anti-harassment policies, communicate them to all of their employees, and make it clear that they do not tolerate unlawful harassment.