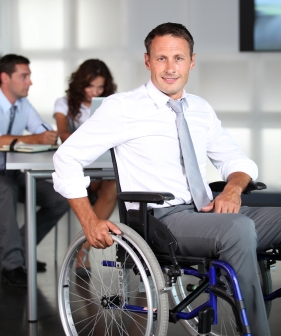 As I previously discussed, protection for disabled employees was vastly expanded on January 1, 2009, when the Americans with Disabilities Act Amendments Act (ADAAA), a law expanding the scope of Americans with Disabilities Act (ADA), went into effect. On March 25, 2011, the United States Equal Employment Commission (EEOC) established its final regulations clarifying the ADAAA. Courts generally must follow these regulations unless they are inconsistent with the ADAAA.

Below, I discuss some of the regulations regarding the scope of the ADAAA, and the terms “major life activity” and “substantially limited.” Next week, I will discus additional regulations that explain when an employer can consider “mitigating measures” for disabilities, and how to prove that someone is covered by the ADA because he has a “record of” a disability or is “regarded as” having a disability.

The Scope of the ADAAA
The new regulations make it clear that the ADAAA is intended to broaden the definition of the term “disability” and to make it easier for employees to meet that definition. The ADA still covers individuals who have (1) an actual physical or mental impairment that “substantially limits” a “major life activity;” (2) a “record of” such an impairment, and (3) are “regarded as” having an impairment. However, the meanings of those terms have been broadened significantly.

They also say that, when determining whether the impairment is a disability, you can consider the condition, duration, and manner in which an individual can perform a major life activity. They further clarify that an impairment can be covered by the ADAAA even if it lasts less than six months, is episodic, or is in remission. For example, episodic impairments like epilepsy, hypertension, asthma, diabetes, major depressive disorder, bipolar disorder, and schizophrenia, and cancer in remission, all can be impairments under the ADAAA.

If you or someone you know is disabled or impaired and needs assistance in dealing with their employer for an ADA issue or otherwise, please contact our experienced disability discrimination attorneys.