In an article I wrote last May, Employees Working in Other States Can Sue Under New York’s Anti-Discrimination Laws, I discussed Hoffman v. Parade Publications. In that age discrimination case, New York’s mid-level appellate court ruled that the New York City Human Rights Law (NYCHRL) applies to non-residents of NYC if the discriminatory decision was made in NYC. It also ruled that the New York State Human Rights Law (NYSHRL) applies to non-residents of NYC if the discriminatory employment decision was made in New York State. However, last month New York’s highest court, the Court of Appeals, reversed that decision and set a new standard. 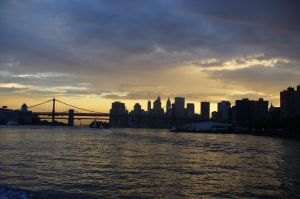 The Court of Appeals did not explain what kind of “impact” is necessary for the NYCHRL or the NYSHRL to apply to a non-resident. Presumably, New York law protects employees who primarily work in New York, no matter where they live. However, the Court of Appeals found Mr. Hoffman, who lived and worked in Georgia, was not protected by the NYSHRL or the NYCHRL even though his boss supervised him, made the decision to fire him, and called to fire him, all from the company’s headquarters in New York City. In other words, the court found those facts were not enough to show the discriminatory employment decision had an “impact” on New York.

So what is the practical meaning of this ruling for employees working for companies based in New York, but living in New Jersey? Fortunately, New Jersey residents are protected by the New Jersey Law Against Discrimination (NJLAD), which usually provides equal or greater protection against discrimination than New York State law. However, fewer employees working for New York City companies will be able to take advantage of the even broader protections of the NYCHRL. For example, as I discussed in a previous article, Extended Medical Leave Can Be Reasonable Accommodation Under New York Law, this includes the fact that under the NYCHRL employers are required to provide accommodations to their disabled employees even if the accommodations are not reasonable.

A copy of the Court of Appeal’s Decision in Hoffman v. Parade Publications is available here.