A recent employment discrimination case makes it clear that the primary factor to determine who is an “employer” under the New York State Human Rights Law (“NYSHRL”) law is whether the party has the power to control how the worker conducts his or her job.

The case was decided in the context of the NYSHRL’s prohibition against employers discriminating against individuals who have been criminally convicted in the past.  Specifically, with limited exceptions, the NYSHRL makes it unlawful for an employer to discriminate against an employee or job candidate because he previously was convicted of committing a crime.  The statute also prohibits any person or entity, whether or not an employer, from aiding or abetting a violation of the NYSHRL. 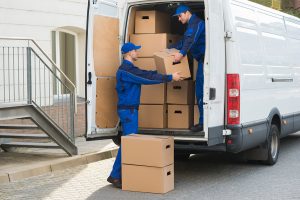 Trathony Griffin and Michael Godwin worked for Astro Moving and Storage Co.  Astro has a contract with Allied Van Lines, Inc. pursuant to which Astro provides moving and storage services to Allied.  That contract prohibits Astro from using any workers who have been convicted of a crime on any assignment for Allied.

Astro conducted background checks on Mr. Griffin and Mr. Godwin, which revealed that they had both previously been convicted of crimes.  As a result, it fired both of them.

Mr. Griffin and Mr. Godwin sued Astro, Allied and Allied’s parent company, Sirva Inc., claiming all three companies discriminated against them in violation of the NYSHRL.  Allied and Sirva eventually filed a motion for summary judgment, asking the trial court to dismiss the claims against them on the basis that they were not Mr. Griffin or Mr. Godwin’s “employer,” and thus could not be liable for the alleged discrimination.

Before ruling, the Second Circuit asked three questions to New York State’s highest court, the Court of Appeals.  Those questions boiled down to: (1) whether only an employer can be liable for discrimination based on a criminal conviction; (2) how to determine whether someone is an “employer” for that purpose; and (3) whether the NYSHLR’s aiding and abetting provision apply to non-employers.

The New York Court of Appeals answered yes to the first question.

In response to the second question, the Court of Appeals indicated that determining whether a party is an “employer” for purposes of discrimination based on a claim of criminal conviction primarily depends on whether the party has the power to control the worker’s conduct.  However, it listed three other relevant factors, namely whether the party (1) hired the worker, (2) pays the worker for his/her service, and (3) has the right to terminate the worker.

Finally, with respect to the third question, the Court of Appeals ruled that a non-employer can be held liable for aiding and abetting discrimination against an individual with a criminal conviction.  In the process, it made it clear that this provision should be interpreted broadly and can include parties that are outside of New York State.

Accordingly, in Griffin v. Sirva Inc. the Second Circuit vacated the trial court’s order dismissing the claims against Allied and Sirva, and remanded the case so the lower court can rule again in light of the Court of Appeals’ answers.