A recent decision by the Second Circuit Court of Appeals makes it more difficult for unpaid interns to successfully bring overtime and minimum wage claims under the Fair Labor Standards Act (“FLSA”) and New York State’s wage and hour law. The FLSA is a federal law that requires employers to pay certain employees at least the minimum wage, and time-and-a-half when they work more than 40 hours per week. The Second Circuit handles appeals from federal courts in New York, Connecticut and Vermont. 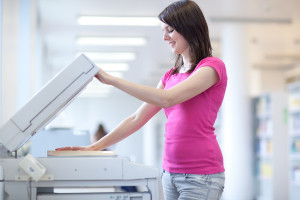 The case was filed by Eric Glatt, Alexander Footman, Eden Antalik. Mr. Glatt and Mr. Footman worked for Fox Searchlight Pictures, Inc. in connection with the movie Black Swan, and Ms. Antalik worked for the company in another capacity. Their job duties varied, but included things like copying and scanning documents, taking lunch orders, making deliveries, hotel reservations and catering arrangements, and taking out the trash. They worked between 30 and 50 hours per week. Fox classified all three as interns and did not pay them at all. They sued, claiming Fox failed to pay them minimum wage and overtime in violation of the FLSA and New York State law.

The United States Department of Labor (“DOL”) has a longstanding guidance which sets a very high requirement before a company can treat someone as an unpaid intern without violating the FLSA. Under it, an employer must pay an intern unless all six of the following conditions are met:

Most interns fail this test because, among other things, the work they perform provides an immediate advantage to the employer.

In Glatt v. Fox Searchlight Pictures, Inc., the Second Circuit rejected this test. Although it acknowledged some employers exploit unpaid interns by using them for free labor, it also noted that internship programs can be beneficial to the interns. With that in mind, it ruled that the proper test to determine whether the FLSA requires an employer to pay an intern is whether “the intern or the employer is the primary beneficiary of the relationship.”

The Second Circuit provided examples of some of the factors a court should consider when applying this new test. These factors include the extent to which:

The Court made it clear no one of those factors is determinative. It also instructed that Courts can consider other factors when determining which party is the primary beneficiary of the relationship. However, by making it a balancing test rather than six absolute requirements, it made it much easier employers to treat their workers as interns without violating the FLSA.