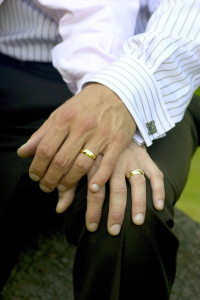 The FMLA is a federal law which, among other things, guarantees covered employees can take up to 12 weeks per year off from work to care for their own serious health condition, a serious health condition of a member of their immediate family, or for pregnancy, childbirth or adoption. To be covered, an employee must have worked for the employer for at least 12 months, worked at least 1,250 hours for the employer during the previous 12 months, and worked at a location at which the employer has at least 50 employees within a 75 mile radius.

In addition to expanding the definition of spouse, the new regulations make it clear that irrespective of whether they are the same or opposite sex, both parents are entitled to take FMLA leave for the birth or adoption of their child, and to bond with their newborn child during the first year after birth. The previous version of the regulations referred to these rights belonging to the “mother” and “father,” terms that assumed a marriage is only be between a man and a woman.

Likewise, the new regulations make it clear that a spouse of either gender is entitled to take time off to care for his or her pregnant spouse who is incapacitated, providing prenatal care, or has a serious health condition following childbirth. Previously, the regulations only gave this right to the “husband” on the assumption that the spouse who is not pregnant would be a man.

Numerous other provisions of the FMLA regulations were revised to be consistent with same sex couples. For example, previous rights of “the mother” were changed to be rights of the “expectant mother” in recognition that marriages can have two mothers, and the rights in question belong to the mother who is pregnant. These rights include time off due to incapacity as a result of pregnancy, for prenatal care, or for the expectant mother’s own serious health condition following childbirth.

These new regulations are scheduled to go into effect on March 27, 2015.