Last week, the New Jersey Supreme Court ruled that each day an employee is paid a lower salary based on a past unlawful discriminatory decision is a separate violation of the New Jersey Law Against Discrimination (LAD). As a result, three tenured Seton Hall University professors can proceed with their age and gender discrimination lawsuit, even though (1) the alleged discriminatory decision was made more than two years before they filed the lawsuit, and (2) the LAD has a two-year statute of limitations.

However, the trial court dismissed the case, ruling that since the allegedly discriminatory decision was made more than two years before the employees sued, their case was barred by the statute of limitations. That decision was affirmed by New Jersey’s Appellate Division. Both courts relied on the United States Supreme Court’s 2007 decision in Ledbetter v. Goodyear Tire & Rubber Co., which ruled that the statute of limitations for claims of discriminatory wages under federal law begins when the employer makes the discriminatory decision. 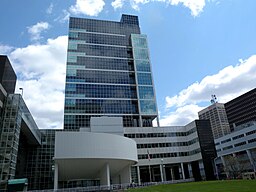 The Ledbetter decision was highly criticized because discriminatory decisions about salary impact employees long after the decisions are made, but employees frequently do not know they have been paid less than their coworkers until it is too late to sue. In response, Congress passed the Lilly Ledbetter Fair Pay Act of 2009, which makes it a separate violation of federal law each time a company pays an employee wages, benefits, or other compensation based on a previous discriminatory decision.

Fortunately, the New Jersey Supreme Court disagreed with the two lower courts. It noted that although it often looks at federal case law for guidance, it is not required to follow federal law when it interprets the LAD. Instead of following Ledbetter, it ruled that each payment of discriminatory wages is a separate violation of the LAD, and the two-year statute of limitations applies to each such violation.

Alexander makes it clear that it is possible to sue if you are receiving lower wages based on a past discriminatory decision. But it also makes it clear how important it is not to wait too long to assert your claim since you cannot recover damages for discriminatory wages you received more than two years before you file your lawsuit. Accordingly, it is highly recommended that you contact an employment lawyer as soon as you learn you are being paid less than your coworkers due to your age, gender, race, disability, or another unlawful factor.