A recent ruling by the United States District Court for the District of New Jersey underscores the importance of disclosing potential witnesses to your opposing party during the discovery process of a lawsuit. 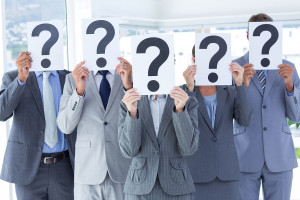 The case was filed by Matthew Webster, an individual whom Dollar General hired to be its store manager in a new location in Sicklerville, New Jersey. Mr. Webster is a Seventh Day Adventist. He asked Dollar General to allow him not to work on Saturday because his religious beliefs prevent him from doing so. The employer denied his request claiming it would have imposed an undue burden on its ability to operate the Sicklerville store. Among other things, Dollar General contends that doing so would leave the store without sufficient and capable leadership on the “busiest sales day” of the week and would require other key personnel to work longer and more frequent shifts.

Ultimately, Dollar General fired Mr. Webster because he would not work on Saturdays. Mr. Webster sued, alleging Dollar General and two of its employees, Bob Miller and Vince Triboletti, denied him a reasonable accommodation for his religious beliefs and otherwise discriminated against him because of his religion in violation of the New Jersey Law Against Discrimination (“LAD”).

Eventually, the defendants filed a motion for summary judgment asking the court to dismiss Mr. Webster’s claims. In support they relied on sworn statements from eight Dollar General employees who were members of Dollar General’s management ranging from Vice President to Store Manager. In their statements, each of the employees discussed the problems they claimed would result if Mr. Webster did not work on Saturdays.

In a federal lawsuit, as part of discovery the parties are required to reveal to each other the names of any witnesses they might use to support their claims or defenses. This is intended to give the other party an opportunity to learn more information including, for example, taking their depositions (basically a sworn interview under oath). However, the defendants never identified any of these eight witnesses prior to filing their motion for summary judgment.

Mr. Webster asked the court either to exclude the testimony of these witnesses, or alternatively to reopen discovery so he could take their depositions. In Webster v. Dollar General, Inc., the Court reopened discovery so Mr. Webster can take short (60 minute) depositions of five witnesses who it concluded had key information about the case. It found these witnesses were important and it would be unfair and prejudicial to Mr. Webster if he did not have this opportunity. The Judge further ordered the defendants to reimburse Mr. Webster for the cost of taking those depositions, including attorney’s fees, because it was their fault he was forced to take their depositions belatedly.

In contrast, the Court excluded the testimony of the three remaining witnesses, all of whom worked at Dollar General’s Bridgeton, New Jersey store. The Judge explained that they did not have direct information about how the Sicklerville store operated but intended to show “consistency of operations of Dollar General Stores.” The Court found this was of limited importance and was cumulative with the testimony of the other witnesses. It noted that allowing this discovery would “open a Pandora’s Box of additional inquiry into the propriety of the comparison between Slickerville and Bridgeton.” Weighing the limited relevance of this evidence against the substantial prejudice to Mr. Webster resulting from Dollar General belatedly identifying them, the Court precluded them from testifying.